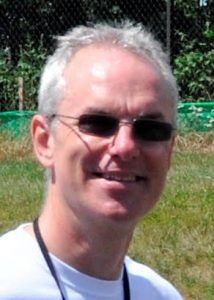 I took on the role as Secretary in 2018. I only started cycling in 2013, and I am most active in the club helping to organise the Kentish Killer and competing in the summer Time Trials.

Before cycling my main exercise was walking, which just isn’t enough to counter that post middle age spread. I also took up yoga once I realised how much it helps to adopt the TT pose! You can contact me for any club related topics by email: secretary@gsavanti.co.uk 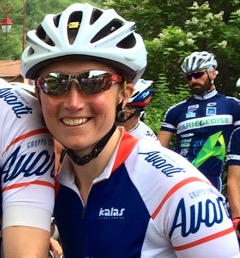 I started cycling over 10 years ago as an alternative to running – cycling is so much kinder on the body! I have been cycling, running and doing the odd triathlon since. I get involved in leading club rides, time-trials and occasional sportives.

Please contact me for any membership related queries, or any general question about the club and I will try to help:
membership@gsavanti.co.uk 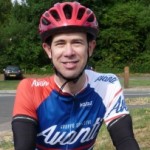 I’ve been cycling since 2014 after agreeing to a London to Brussels ride with friends in the pub one night. I joined the club soon after and I certainly caught the bug, I love the social Sunday rides and the varied routes through Kent & Surrey not to mention the obligatory cake stop. Please contact me for any matters relating to finance at:
treasurer@gsavanti.co.uk I’m a club cyclist and coach who enjoys taking part – whether racing, coaching or just watching the scenery going by on solo, club or other ride. If you have a competitive streak or want to improve your riding skills email: coach@gsavanti.co.uk 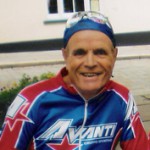 Founding member of GS Avanti in 2002, I have concentrated my efforts to uphold our mission statement – “Fun and friendship through cycling”.
Having cycled in many parts of the world, including Europe, Canada, USA, Israel, Australia, New Zealand, Cayman Islands and Bermuda, my cycling experience is very broad and varied, ideal for ensuring your time on two wheels in Kent, Surry and East Sussex will be both enjoyable and successful. As Avanti Time Trial Manager I can advise you on how to start in competition:
rides@gsavanti.co.uk 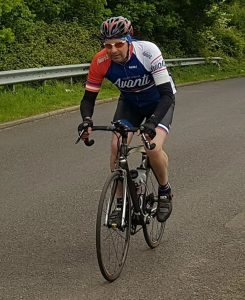 I took up cycling in earnest in 2010 after foolishly suggesting that I should do something big for my 50th Birthday. This turned out to be a charity ride from London to Paris. I was hooked!
I joined GS Avanti in 2011 and my wife instantly became a cycling widow! I am now a dedicated MAMIL, despite being told by my granddaughter that I look ‘ridiculous’ in lycra (I have no idea what she means…), and ride some Saturdays and either G2 or G3 on Sundays.
This year I took up the role of Sportive Coordinator. Sportives are a perfect club activity and a wonderful way of getting the whole club involved, regardless of age and ability. The current aim is to subsidise entry to at least two events per year and look to develop other ideas to increase our enjoyment on two wheels.
As a newcomer to this, I am always open to any ideas and (polite) suggestions.
I can be contacted on: sportives@gsavanti.co.uk 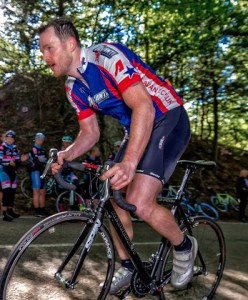 Cycling up hills – slightly faster each year – got me hooked on cycling. I love club rides, time trials, hill climbs, cyclocross, MTB, track and taking part in events around the UK and Europe. I can be contacted at: admin@gsavanti.co.uk 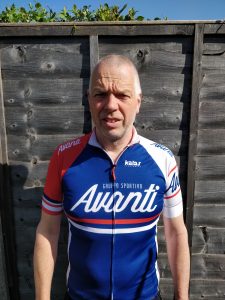 I took up road cycling in 2012 after watching the Tour de France & Olympics. Prior to that it was mtb’ing, mostly riding with Mick or solo until one Sunday June or July 2016 I hooked up with a G4 ride, joined and the rest is history. Now I’m one half of the kit team with Mick Coulton, hopefully we’ll sort out any queries regarding kit: kit@gsavanti.co.uk
Now I just need to get out more! 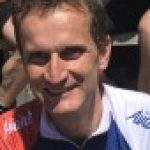 I joined Avanti in September 2015 having been riding locally with friends for many years. I quickly got the bug and became a near ever present Saturday rider through the 15/16 winter months, and its pretty much continued ever since.
Since joining the club I’ve ridden G2 and G3 Sunday rides, local (and not so local) sportive’s, time trials (including the 4up team TT on the Brands Hatch circuit), the Brighton Big Dog MTB race and completed a few 100 mile plus rides to the coast (Rye and Whitstable).
The Saturday rides 40 mile routes and early start work really well for those short on time, although there’s always the opportunity to have a coffee and chat when we roll back to Orpington. You can contact me on:
rides@gsavanti.co.uk

In addition to the club committee members, we have a range of ride coordinators responsible for managing the regular group rides. Find out more about them and how to contact them.